In a show Logan and I watched together last year, there was a man and woman who weren’t doing so well when it came to their marriage. They were barely hanging on….and I mean barely. (And sorry, I’m not going to tell you the show because this post is kind of a spoiler! I hate spoilers.)

It was really painful to watch at times, seeing two people  – who vowed to love each other for better or worse – not treat each other very well. It was even more painful to see the husband try to make things work but be shut down by the wife, who was still remembering painful things he had done in the past.

This couple ended up getting into a situation where they both thought they were going to die. Emotions in this scene were running high, obviously, since they thought it was the last time they would see each other, and they still hadn’t reconciled anything when it came to their struggling marriage.

It didn’t help when the man figured out a way that the woman could survive if he basically sacrificed himself. She was really struggling, probably because she couldn’t seem to forgive her husband for the past…yet he was willing to die for her.

As they were getting ready to enact their plan (which would lead to the husband’s death), the wife blurted out, “I wish I hadn’t wasted so much time being angry at you!”

Whoa. Talk about a lesson learned too late, right? (That scene literally kept replaying in my head for over a month!)

I have to be honest and admit that when I think about the earlier years of our marriage, I did spend way too much time being angry at Logan for the stupidest things. I was too focused on what I wanted, I didn’t spend enough time thinking about how Logan felt in any given situation, and I wasn’t thinking about things in light of eternity.

Fortunately, I’ve come a long way since then, but I still need to be reminded from time to time. Because the truth is, we don’t know how long we will have with our spouse. It could be many years (and hopefully it will be), but it could be months…or even days.

I’m not saying that to freak people out. I’m saying that so we can focus on what’s truly important. As husband and wife, our goal is to get each other to heaven. It’s easy to forget that when life is full of so many other things.

I’m saying this as a reminder (especially to me) that we might not have all of the time we think to work on our marriage. Don’t wait to make your marriage a priority until your kids are older, you have more money, or any other number of scenarios. That time might not come.

Do whatever you need to do to make things right with your spouse. Pray together, talk to each other about your struggles, go to counseling, resolve a fight the same day it happens. Ask God for guidance – he will not abandon you.

Thankfully for the husband and wife in the show, they ended up figuring out a way to survive together. And while they still had a heck of a lot to work through after that, they realized they didn’t want to waste any more time being mad at each other.

Marriage is going to have its hard moments, even in the best of marriages. But the important thing is to love each other through them and remember to make every single day count.

I’ll leave you with the words of Alice von Hildebrand in her book By Love Refined:

“Marriage is worth fighting for – and no sacrifice, no effort should be considered too great to achieve the noble goal of a perfect union between spouses.”

Want to get updates from us? Sign up for our weekly newsletter! 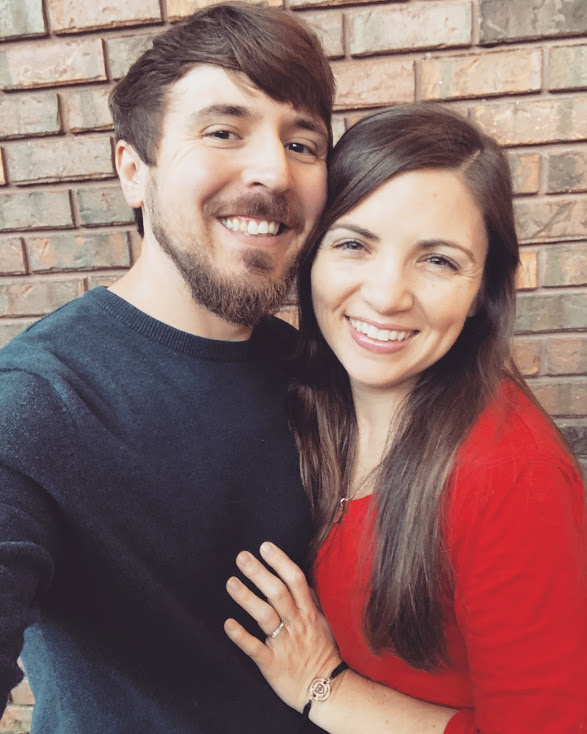 They say that every baby comes with a loaf of bread under his arm, and it’s so true. This little guy is proof. 🥰
Do the work so God can do the miracle.
One bag at a time.
Marriages go through seasons. Marriages can go through a winter.
For the last few years, we’ve picked a patron saint for our marriage, as well as a word of the year (using @jenniferfulwiler’s websites that generate one randomly). Here are ours for 2022!
What if the small steps to finding more joy in marriage were as simple – yet as beautiful—as a single rose? 🌹